At the beginning of layout, architects use the design dimension of "point and face" and point -based layout design, to follow the relationship between urban interface, as well as properly handling the relationship between building and city. As one of the project highlights, the Twin Tower is forming a complete and continuous urban interface, maximizing the viewing landscape. Simultaneously, the three simple and elegant towers form a semi-enclosed city square facing the southeast side of the city, which is restrained and elegant. At the same time, the project also integrates the four major business formats of high-end office, service club, star-rated hotel and high-quality business into the building, giving the building a strong vitality. From now on, Huanhua has become the city image of Chengdu.

In terms of facade design, the architects integrate architecture and art, adopt a modern and simple design style, and outline the architectural aesthetics facade with concise and capable horizontal lines, showing extreme and elegance in the lines one by one. At the same time, the project adopts a glass curtain wall design with a diamond light-sensing facade. The main colors of light gray and dark gray collide, supplemented by white lines to create clear layers of colors, forming a concise and iconic image of urban architecture. At the same time, the horizontal lines are combined with the arc texture, which is in line with the international frontier aesthetics.

As a perfect fusion of tradition and modernity, the design of the canopy at the entrance of the Huanhua is very ingenious, like a rolling shutter that has been opened at one corner, combined with the glass shutter curtain wall. The large suspension steel structure adopted by the "rolling curtain", architects conduct innovative research and development of technical nodes within the scope of the allowable allowance to adapt to the changes in space curve, create a clean and smooth shape, and form an exclusive feature of the project. The overall treatment of canopy is refined to achieve a lighter visual experience. 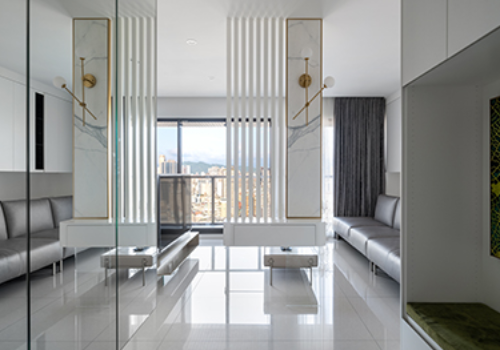 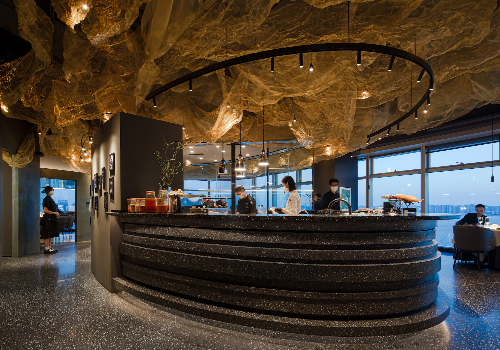 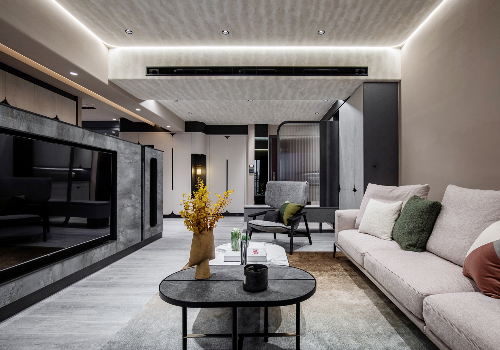 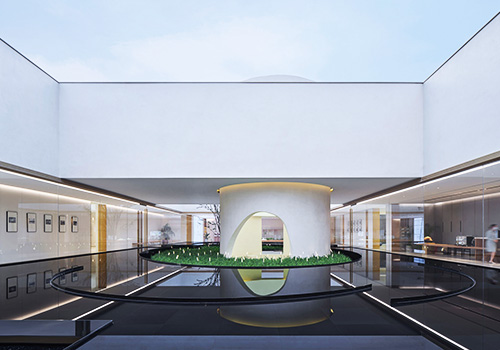