The Tenth of A Second When Seawater Hits The Rocks

The project is located in the Life Science City in the Fangqiao block of Fenghua District, Ningbo, within 30km distance from the nearest coastline. It is a land for investment, not only because it’s within the half-hour living circle on the southward development of the city, it’s also a demonstration model of the industry-city integration in Ningbo. Jumping out of all kinds of restrictions, we want to think about the site from a longer time and a broader space dimension in the perspective of modern art. We use the 0.1 second impact between sea water and the mountains as the starting point of design, art as the tool, light and shadow are the main objects and life is the final goal. The design freezes the splintering moment when the sea water hits on the rocks, and the fragments reform a coherent structure (the skin), which saves problems from inside out. It is experimental and ambitious. On one hand, we want to solve all the problems in the space caused by the 0.1 second impact between the sea water and the rocks. On the other hand, the most important thing is to create a brand new artistic way of living out from the messy environment around. In space, light and shadow are often defined as medium in writing, but at the moment when the sea stone freezes, we hope light and shadow could be entities tinted with colors, and the colorful acrylic becomes a medium for capturing light and shadow, and it becomes works of art in space.

Spatial orientation can be expressed as following: 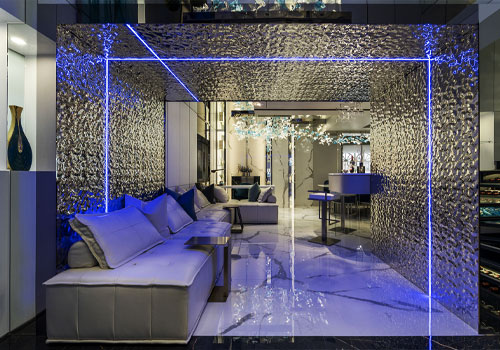 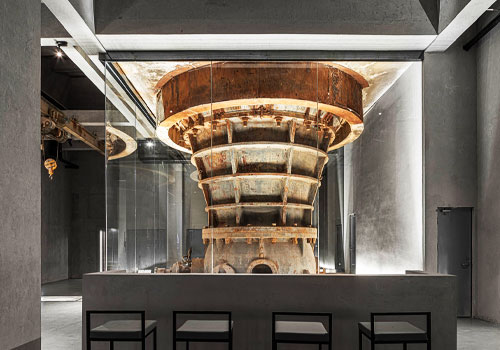 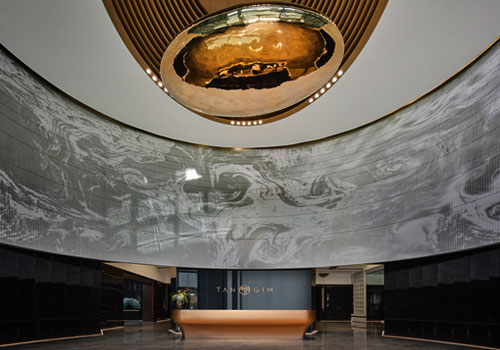 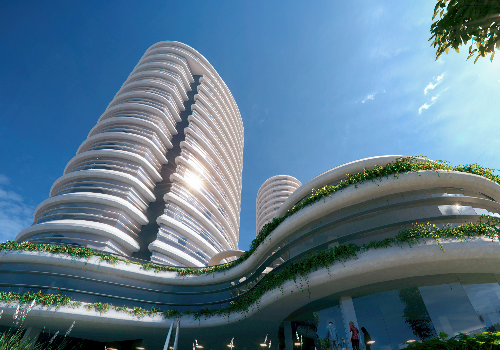