The black polished marble floor of the main hall extends from the entrance of the hall, and meets the partitions at right angles. These partitions are mainly comprised of walls made of light-colored stone, high-transparency glass window walls and a small number of dark-colored vertical grilles. It can be seen that paper cuttings – one of the best-known of the artforms specific to the local culture – inspired the shape of the walls. The shapes of paper cuttings are detached step-by-step and abstracted into formal moldings which have their own unique characteristics in the space, communicating a return to their original state as paper. A sand table is arranged along the axis of the main hall, with a green urban landscape as its backdrop. A tranquil and gentle ambiance permeates the entire space over the sand table, in which sporadically distributed bar-hanging lamps in simple styles play an almost imperceptible yet dominant role in the formation of the room’s spatial order, stressing transparency and unrestrained grace. The reception hall on one side is decorated in a beige tone, creating a calm and steady ambience. The negotiation hall on the other side is tastefully yet more evocatively furnished. Both halls adopt a low profile to convey different themes of space. The reception hall centers on a group of sofas arranged in a semi-circle. Seen from one side, the streamlined appearance echoes the themes of the contemporary era. The wood-carved New York landmark buildings on the background board possess a certain rough, urban edge. The frosted glass under the lamplight makes them evocative of a mirage of buildings – a fantastic vision very much of the 20th century. The reception hall thereby becomes the right place for people to fantasize about the future. The negotiation hall features a soft, off-white outfitted suspended ceiling, semi-transparent screens, and elegant light-colored patterned carpets. It is further invigorated by a novel shade of tangerine – the yellow-tone color adds a fresh, lively sweet touch to the space. 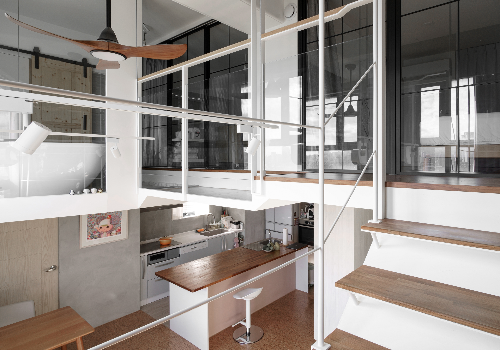 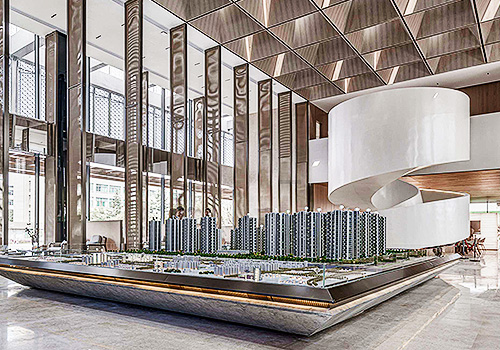 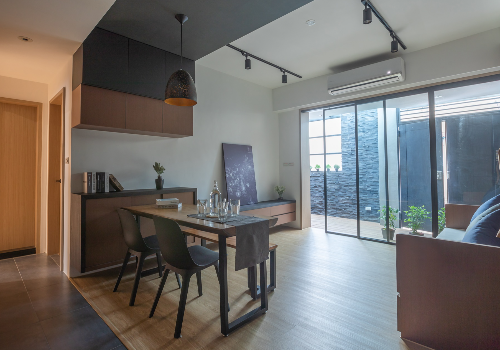 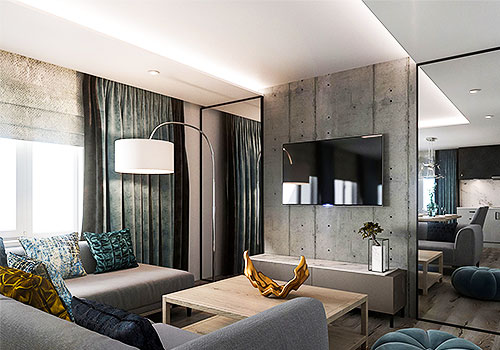