As far as we know, the unknowable things are so infinite as the stars, only those who admire it can own the key to the truth. The endowed nature's force ignites the dance of life with its strongness and softness. Everything starts to alive, while the kingdom is established based on their prospects.

It is found that how to deal with the relationship between space and people, objects, scenery, and feelings in a delicate way, is always treated as eternal questions for designers. The designer attempts to awake the purity of the space by not only the spatial language of "building", "touring" and "boundary", but also the artistic concept of "building blocks". Given a dialogue between the new and the old brought by the new building space, it is expected to lead people to talk to the space and think more about the space.

Stars coming to the dream is seemingly a fantasy journey. Combining the splendid lighting and the thick logs, the lighting design above the front desk hanging on the exposed vertical space are displayed with special building method of overlapping and interweaving. It shows a slight link between two reception areas, as well as a new texture joining in the field. At the same time, semi-open chatting areas, decorated with wood and cloth, are created in two reception areas by being embedded in different depths.

Seeking fun in the shade, happiness happens without noticing. The ceiling design on the front desk continues to extend and embellish in the coffee bar. The sunshine and starlight from the four seasons come through the transparent floor-to-ceiling glass windows to wander freely around here, while petting the fences in a shape of trees that grow randomly, with casually gentle whispers. The tree fences in different densities grouping with the sofas in various heights seemingly form the undulating forest, wrapping the lazily curve lines, which represents a pleasing scenery. The exposed spatial structure shows the aesthetic of structural mechanics, reflecting the style of the original building in the newly constructed environment. 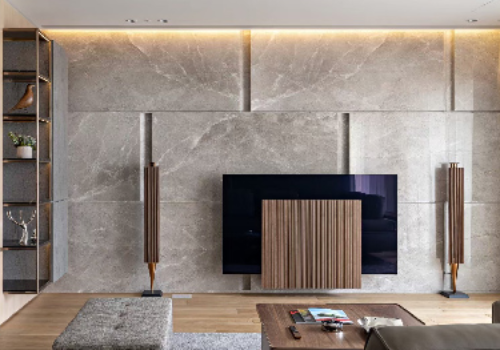 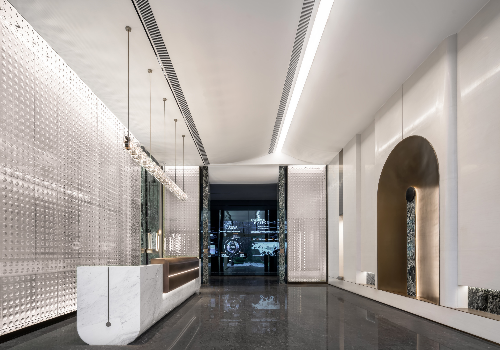 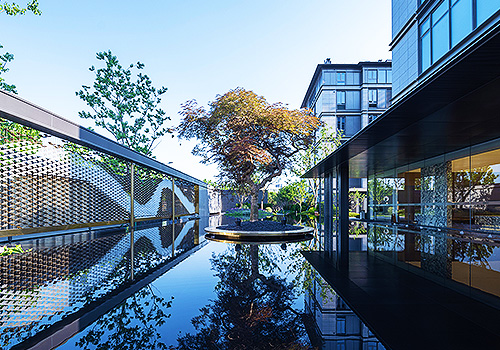 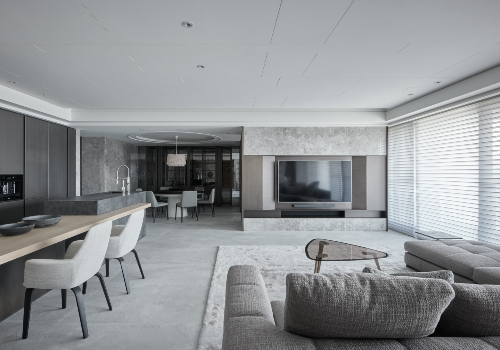