The project is located in Nanjing, an ancient city with 2500 years’ history and its well known 450 years as a capital. Up until now, the nostalgia is still there lingering in “the ancient city of six dynasties.” Its mother river, Qinhuai River, still flows down the city as usual after years of its history’s witness. The misty rain of the six dynasties left their traces. After all the wounds and vicissitude the ancient city has been through, the lucidity and optimism allows it to stand still in elegance now and afterwards.

When time touches down, turns into the past and reborns, new light regenerates and the shadow is strained. The existences to be reckoned with are nowhere to hide. The moving surroundings and mother nature is introduced in the interior. Solid colors of faux terrazzo flooring and metallic lattice walls are combined into a minimalist style. In this space, the visitors can travel between time and space, and the magnificent visual perception that is created. More than just analyzing with sense, one can appreciate the space’s aesthetics with all the sense and emotion.

Shaping the space with purity, simplicity and conciseness, the design team merges both bulkiness and lucidity into the interior. With restrained metallic colors and bright shades of stone materials, the space sparkles a sophisticated feeling. The use of restrained characteristics and the rough grains of the wooden materials establishes the traces of time and history.

The surroundings contribute to an effect to put emphasis on the immersive building construction model, letting the space and the environment come into one seamlessly.

The poetic atmosphere with a profound meaning behind depicts the purity created from futurism to abstractism.

Searching for history in between illumination and darkness, one can feel the spatial aesthetics when light and shadow interweave. Interpreting the abstract idea through the tangible, the designer provides a surrounding for a minimalistic form to echo with the purity of materials. In such a semi-open plan space, communication and conversations will no longer be just a monolog. 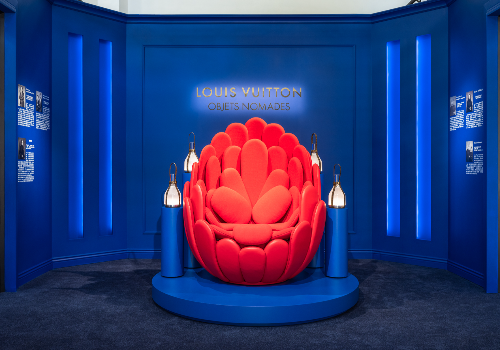 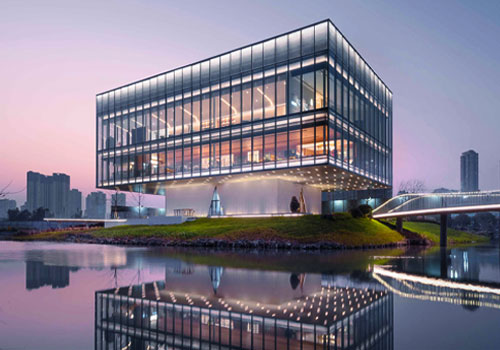 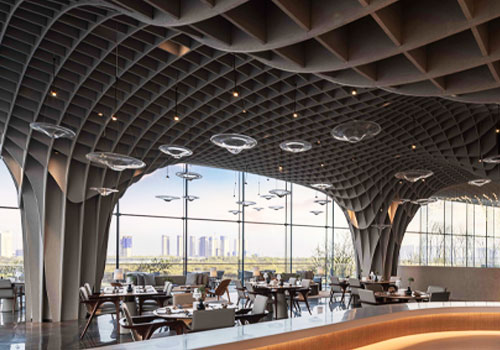