Architecture, landscape, and indoor have been linked with each other. Under the influence of different factors, the final plane and space relationship is formed. In the lobby at the entrance, the rock plate with free texture conforms to the concept of “shape” and a contrast relationship is formed in the space. In the sand table area, there is an empty design. The space nodes are formed. In terms of material, simple and elegant art glass, cloth on the wall, and stones match with chandeliers to create the high point of the space. Around the concept, the negotiation area and water bar present different colors, materials, and spaces in the space, stimulate the public to interact and communicate, and make people imagine. The spiral curved stairs float between the floors of the building, which is flexible and poetic. There are footpaths between auxiliary function spaces such as the cashier area and toilet and the negotiation area. It is first restrained, and then released, thus stimulating a strong sense of drama. 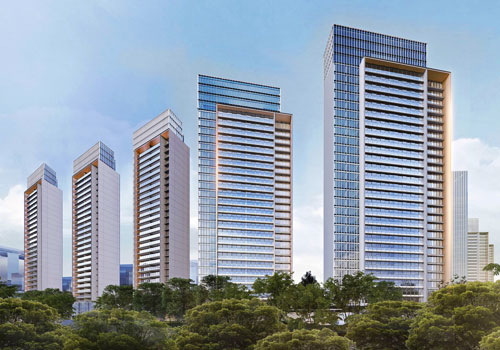 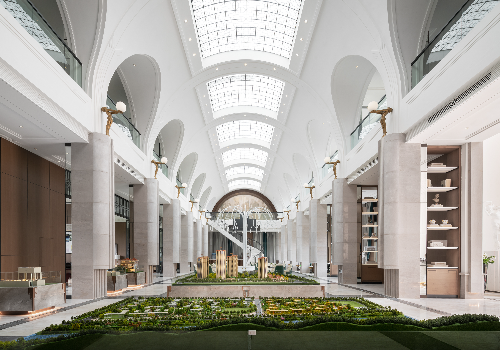 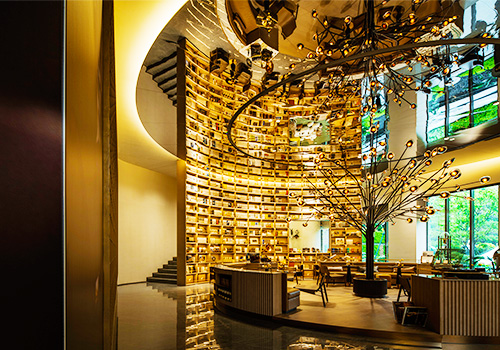 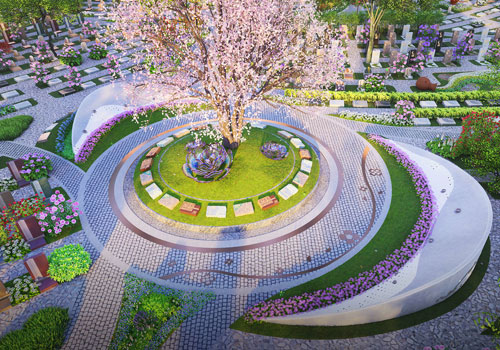