The rehabilitation of Santa Catarina's cave intended to give back to the city the natural space hollowed out of the rock, through the reinstallation of the old use that gave it its charisma, a restaurant establishment, whose memories we intend to revive. The concept underlying the design process is related to the theme of the "cave" as a natural space shaped by nature's skilful "hands" and carved by the action of water. Thus, whoever approaches the " cave " is called to attention by the flock of stylized birds (a wooden nun) that flutters outside. Inside, the reinterpretation of the cave has been thought through in every detail. All the constructive details, decoration, sculptures, and information plaques in the form of drops were conceived and executed in a unique way. The water that once flowed and hung through the cracks has been crystallised and now golden water flows from the ceiling, hanging from it and is suspended in time. The dining room installed in the large chamber is differentiated into various spaces shaped by the different heights that nature has attributed to that hollow. On the back wall of rock, a whale sculpted in metal reminds us of how small man is before nature. Throughout the space luminous crystals hang from the ceiling together with drops of gold. It is purely and simply the magical, golden grotto that shelters birds in the silence of the night and where during the hustle and bustle of the day and night life, the tired "sailor" finds a place to relax, enjoy, or to vote for contemplation in a fantastic world. The former outdoor space has been rethought and redesigned. Here, at random, rest large dark "pebbles", as if the sea had taken them there, which at night mystically return to their original state, recalling the incandescent magma that gave them birth. And then flowering plants finish off the rude wall of the road tunnel, camouflaging it. It is a veil of flowers that takes off, magically carried by a buteo buteo that rises in the air. 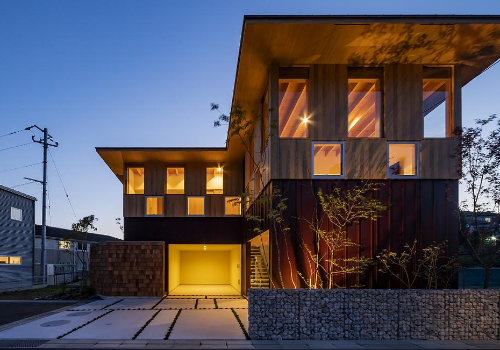 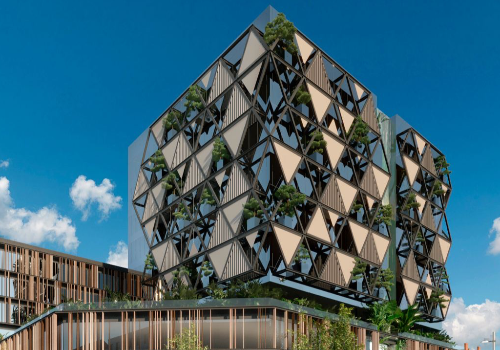 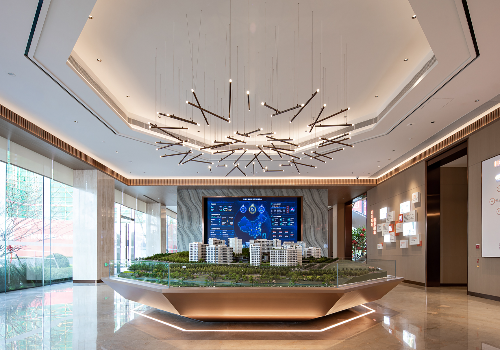 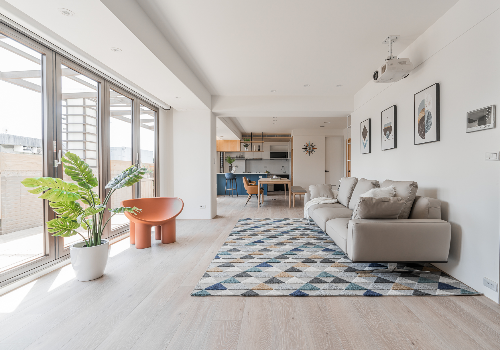