The soft and elegant French neo-classical style forms a romantic space atmosphere, and the elegant and complex French skirting boards are used to match the ceiling skirting boards, creating a multi-layered overlapping aesthetic. The unity of materials and colors, and the open and transparent layout of the space allow for interaction and dialogue between the three different public areas, making the public areas large and comfortable.

The entrance is transformed by the TV wall, using the curves on both sides of the TV wall to create an enveloping and grand visual effect, and using the curved surface to enlarge the entrance, opening up the scale of the walkway restricted by the beams and columns. The curved surface is also used to guide the flow of people, so that family members in the living rooms can easily interact with each other. The flooring is beautifully finished with tiles using the seamless method used for marble material, making the tiles look like whole pieces instead of one by one, allowing the beautiful pattern to enhance the details of the space.

The design is based on the French classical style to interpret the tone of the space, through the gray scale color to harmonize the space to create a quiet and calm picture, combined with the hidden air conditioning equipment and a large number of beams and columns in white tone ceiling, in contrast to the gray and blue tone of the furniture, with the use of stone processing tile flooring, through the flow of texture to bring out the elegance of the space, to build both taste and texture of the timeless style. 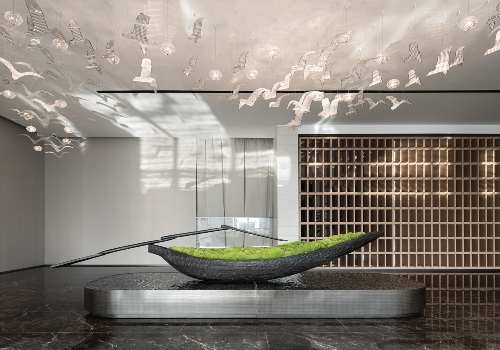 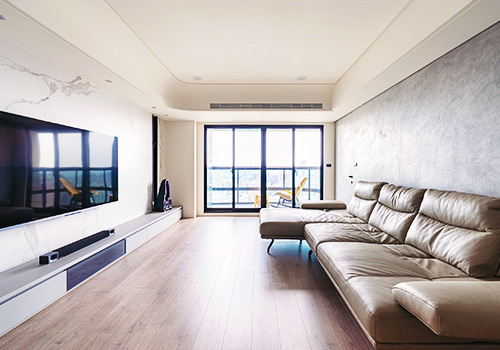 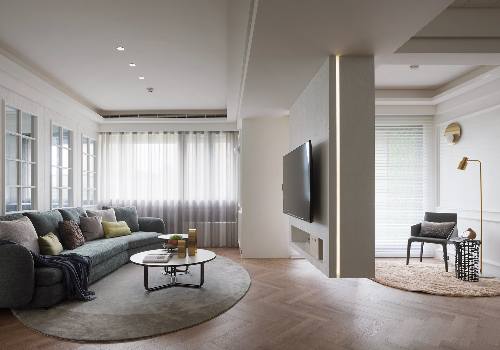 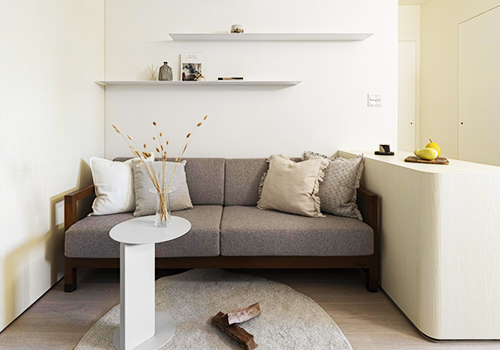