The project is located in Xuanwu District, Nanjing. Nanjing, known as Jinling and Jiankang in ancient times, is the ancient capital of the Six Dynasties as well as one of the four ancient capitals of China. It is also an important birthplace of Chinese civilization and the political, economic and cultural center of southern China. Project Background:The project base is located in the underground space. Disadvantages: One is how to solve the problem of underground lighting and poor landscape, and the other is how to guide people from the ground to the underground club space. Advantages: The project is located in Xuanwu District, the central city of Nanjing; therefore, the surrounding communities have laid a good foundation for its popularity. In addition, there are underground passages connecting the project base and the surrounding communities, which contribute to a strong accessibility; in the future, there will be an underground station constructed in this area, making the club functions as a transportation hub. Therefore, the positioning of the project is to create an international open community. Design Strategy:The strategy applied in this project is to combine the surficial landscape space and the underground construction, integrating the concept of mountain shapes to create a landscape -style building. In this way, the building’s perception of solidity will be weakened to fully integrate into the urban space. It also reduces the interference of the building to the urban environment and maintains the continuity of the urban landscape space. Design Inspiration:The project base is surrounded by mountains, with natural landscape resources such as Zijin Mountain and Hongshan Forest Zoo. The designer, inspired by the shape of the rolling hills, creates the surficial landscape which extends down to the visual surface of the building. It connects the surficial and underground space. The petal-shaped landscape staircase leads people into the main functional space of the building. 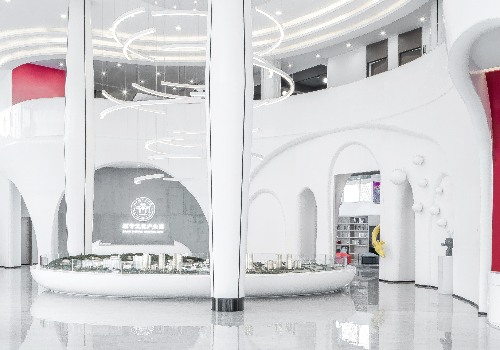 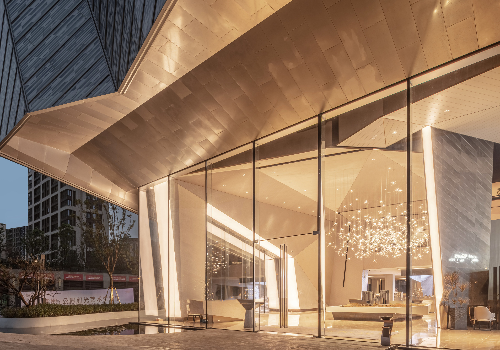 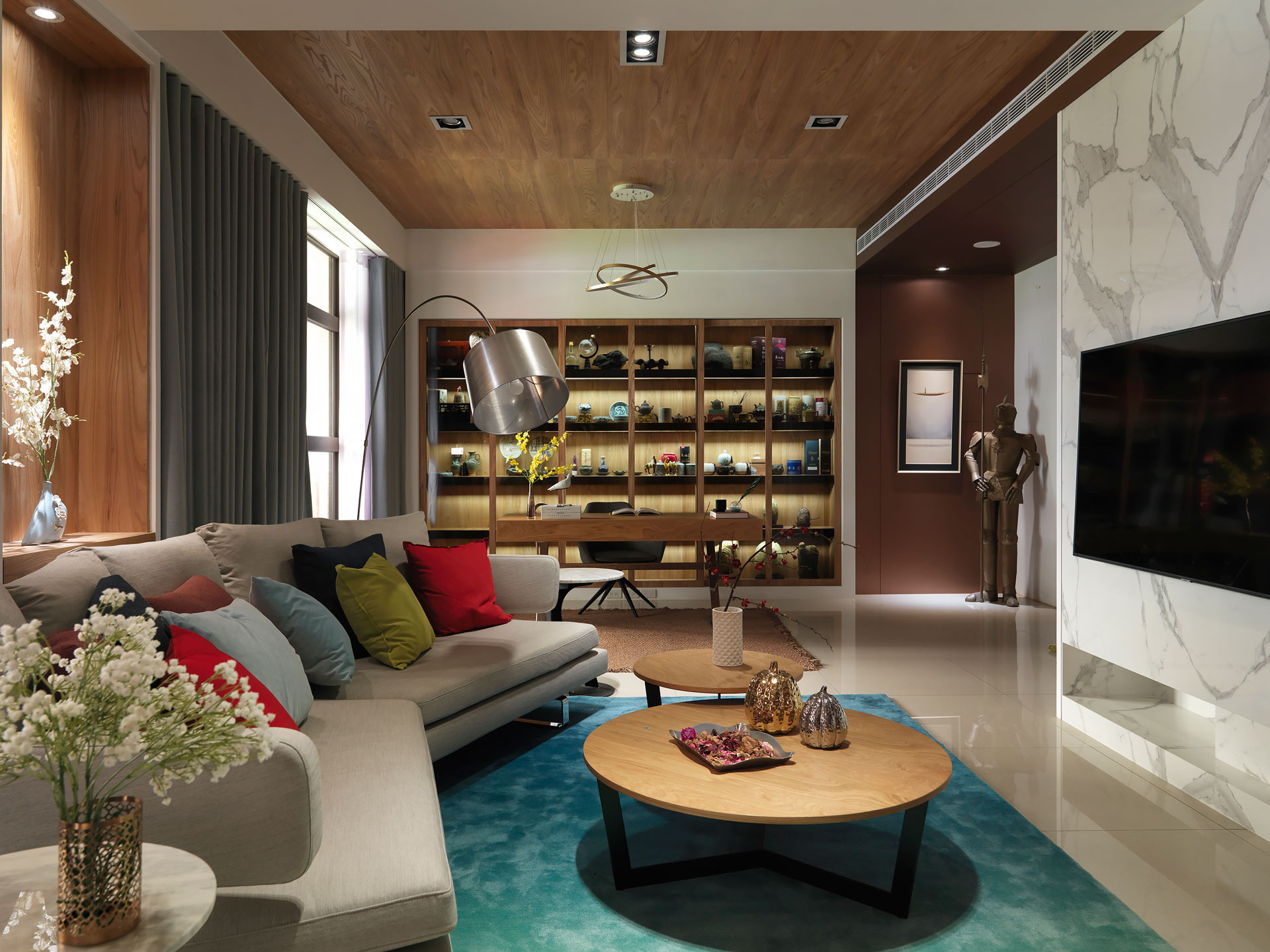 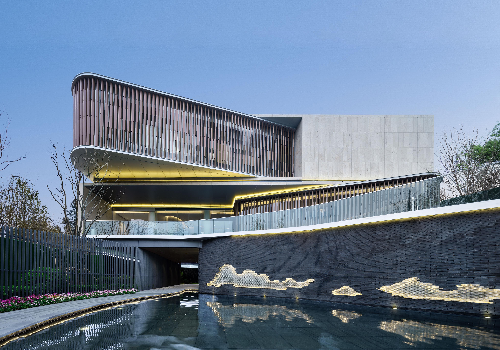