SRD design creates the space with the construction method of Zhonghuang Jiayuan forest in the Yongzheng December travel picture, which imbues the space with a graceful and meaningful temperament, and symbolizes the introverted and magnificent Oriental Art Aesthetics, thus opening a garden like grand view. Traveling around it, I walked forward slowly, and a long corridor was as beautiful as a prelude. From "winding paths leading to seclusion" to "grace and elegance", the space not only subverts the pattern, but also fills the space with a sense of ceremony, creating a sublimation of dimension, ceremony and nature, and becoming an "extraordinary spectacle" where royal gardens and modern simplicity coexist. From the grand scene of "passing through the garden and meeting, misty rain removing the rosy clouds for offering", the grand scene of nine winding drinking cups comes into view. The space not only contains the combination of Yongzheng aesthetics in the Qing Dynasty and modern high-tech life, but also the overlapping symbiosis between movement and time. 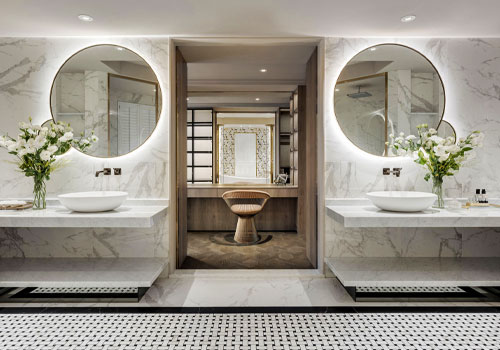 The First Drizzle Of Spring 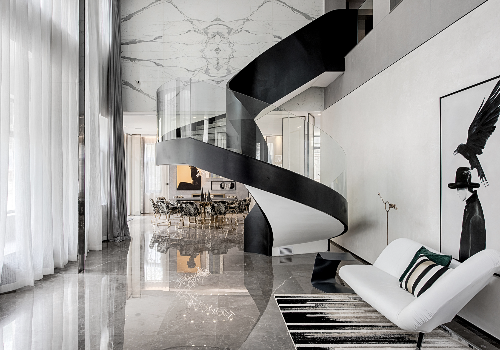 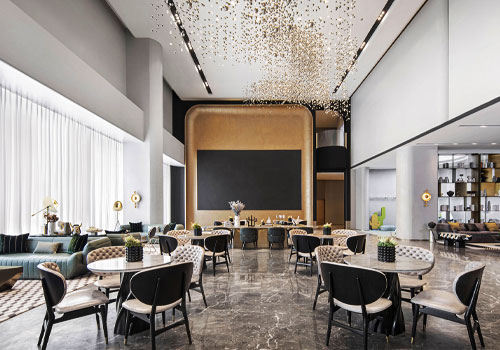 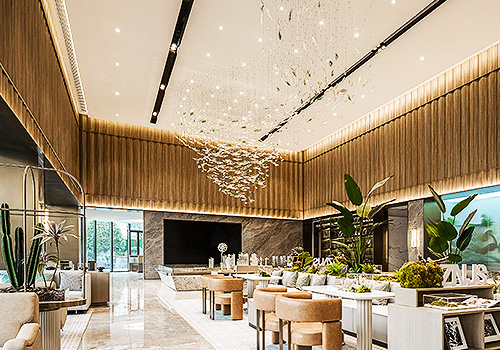