Kingcang Egrets Waves Sales Center 2.0 is located in zhuji, shaoxing, which is now officially completed and open to the public. Adhering to the concept of "introducing nature into life", the design continues the streamlined modeling language of the same series of Egrets Waves 1.0. The architectural form is simple and smooth, and the facade adopts large area of glass instead of solid wall, aiming to eliminate the boundary between human and nature.

Both the north and east side of Egrets Waves Sales Center 2.0 face streets, in order to display the interface, Egrets Waves Sales Center 2.0 uses different technique of the asymmetric design methods, the first floor layout plan and the second floor layout plan rotate symmetrically, the upper and lower parts of north and south facade are mirrored, successfully reduced the number of non-standard components, using simple technique, but the effect is remarkable.

On the basis of Egrets Waves 1.0, the design team re-examined the curve and rounded corner elements, redesigned the segmentation size of the aluminum plate, and the way of splicing and edge closing. The high-cost angular arc glass in the Egrets Waves 1.0 was optimized with a radius of 1.3m, achieving a balance between effect and cost.

Nature and sunlight light up the exhibition centre through glass wall. The golden metal grille is well-arranged, and the light and shadow float. Under the sunshine, it looks like liquid metal, floating and flowing, creating a bright, simple and elegant architectural atmosphere 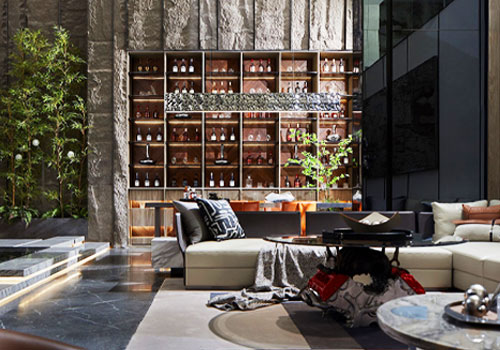 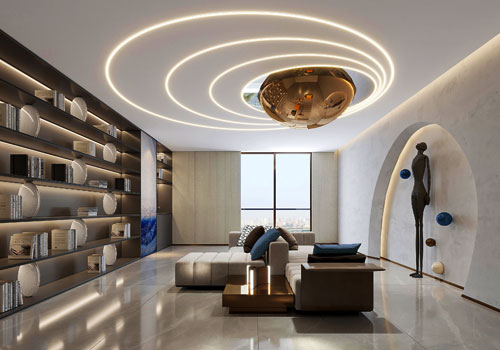 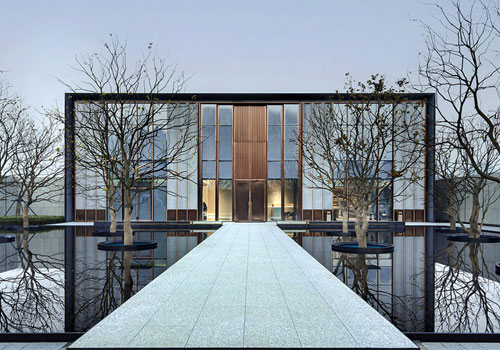 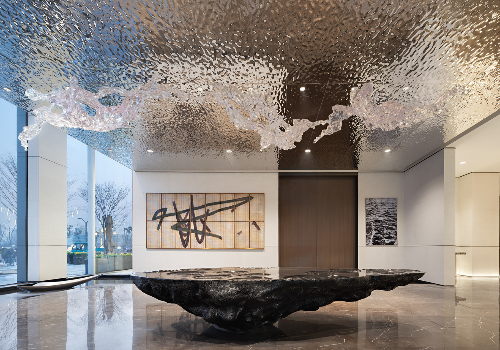