The owner of this case is a post-90s female who has the experience of studying abroad.

When we deconstruct at home, we often ponder over our origins: the products of the stars are also thinking about the stars. The organic aggregate composed of hundreds of billions of atoms is thinking about the evolution of atoms. Along the long journey, at least here, our consciousness has awakened. Abstract decorative painting art is an art without theme, logic and story. It is an artistic way of describing cosmological philosophy. The figure below the shape shows distinct and rich national traditional elements. It is also inheritance and belief, reflecting the profound understanding of the simple beauty of Chinese traditional philosophy, and is also a microcosm of the behavior relationship of all things in the complex world.

The whole of the living room is based on white, strong contrast color of the soft decoration as a bright point, and the curve of the ceiling of the Living Room Echo, ceiling on the mirror represents the extension of space. An infinite curve is an abstraction of the universe, with an infinite past at one end and an infinite future at the other, with nothing in between but random fluctuations like life.

The bright color of the living room becomes the focal point of the whole space, the unique ceiling curve modeling, color blocks and curves, symmetry and asymmetry collocation, create eye-catching visual tension. Interior design is the pursuit of heaven, Earth, walls, furniture and furnishings, including the overall environmental style and unity.

Through the combination of materials in the space, it shows the interpretation and orientation of the elements of the space conflict layer by layer, and tries to convey the rationality, distinguish the conflict in the form of space, and fuse the changes of logic and emotion.

The main function of the second floor space is the master bedroom as well as the living room. Simple lines after the treatment of curvature, cleverly to the bedroom to rest, wash the area is divided out, functional significantly enhanced. 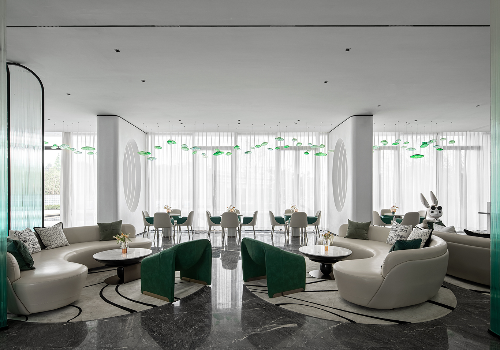 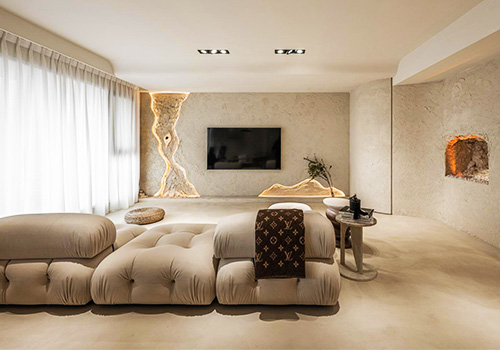 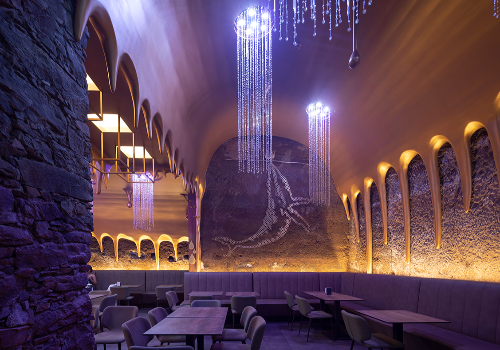 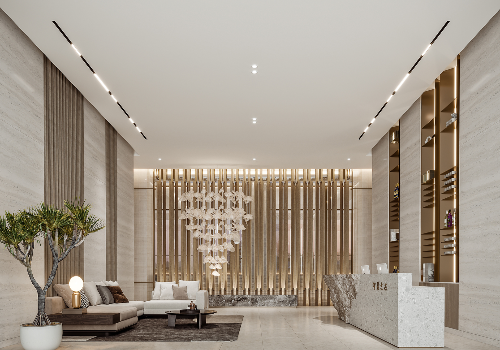