We made the design with the concept of “Rubik’s cube space”, and designed this 125-square-meter space with four bedrooms (equaling to five) with a modern, “lightly showing” artistic taste. In terms of space distribution, we skillfully made the design with a “cube mentality”. The use of smart home device has been introduced in the design, guiding the lifestyle of smart urban life. In terms of soft outfit, we emphasized the feature of “lightness” through the use of proper colors and amount, in which leather material creates a trendy and lightly luxury touch. In this space, people are the protagonists and the design is based on “people’s needs”. Neutral and gentle colors are used, which are combined with carefully selected furniture with light and simple shapes. In this space, metals, fabrics, leather and acrylic interact in a natural way, realizing the effective linkage between space and art.

We adopted a “double-layer” hallway design, the first laying being the area for disinfection and storage space for things used outside and the second layer being a display area, thus creating a ceremonial feeling for the life while separating things used at home and those used outside, making them clean and tidy; we adopted the double-kitchen design with separation of cold and hot areas, avoiding the spreading of smoke and ensuring the quality of dinner parties. The children’s rooms are designed with a “double-room” interconnecting concept, creating relatively independent resting areas. The two entertainments areas are combined, thus creating a small amusement park, which can help the two children grow up together. Once they enter the adolescence, the space can be restored into two rooms, thus ensuring their independent personalities and development while avoiding the trouble of large modification to the layout. The modern element of live streaming is integrated into the multi-functional room, thus creating private live streaming space for online celebrities. 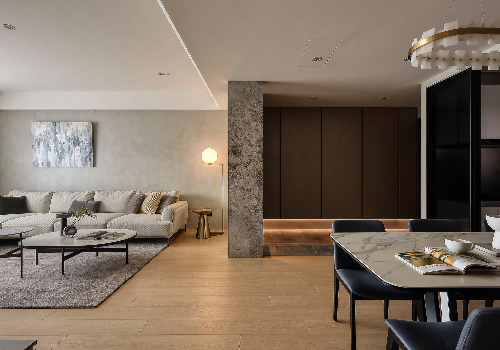 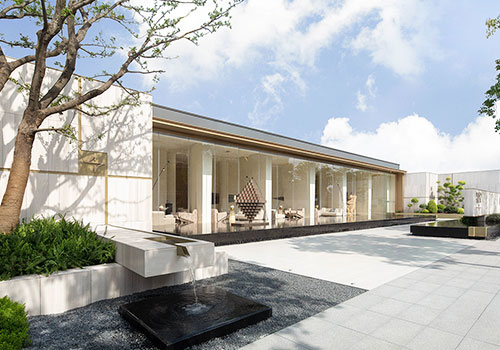 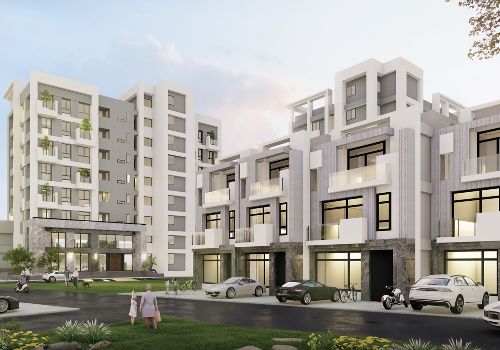 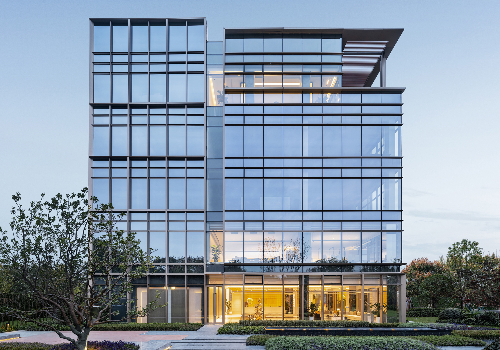